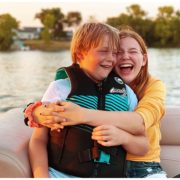 I’m writing this the day before our first day of school for the year. Our family chose to do remote learning this semester, as I’m still working from home and we felt that was the best option for our family. And technically, right now all the students in our school district are remote for the time being, but knowing that we have a full semester ahead of us feels a bit daunting. Instead of focusing on the unknown, I’m looking back at the summer we were able to have, even with the restrictions due to the pandemic. We are so grateful to have had the opportunity to safely and cautiously travel a bit this summer, both to Colorado and multiple trips to my family’s lake cabin. After being together in our home working and schooling and living for months and months on end, a change of scenery was extremely welcome.

I want to remember all the good times we had this summer, not just the disappointments, cancelled vacations and camps, and challenges. I want to remember Lucy falling in love with skateboarding in Aspen, Tate learning how to waterski, watching my brother-in-law get married in the mountains, hiking and biking, watching the sky change at sunset and staring at the Milky Way at night. I want to remember watching my kids actually play together, laughing and acting silly, not putting on a facade for friends. I want to remember sitting around a fire pit with my family, making s’mores and listening to them talk, laugh and share. I want to remember that the summer of 2020 wasn’t all bad. In fact, there was a lot of good in there too. 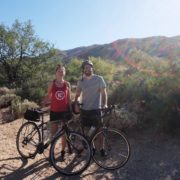 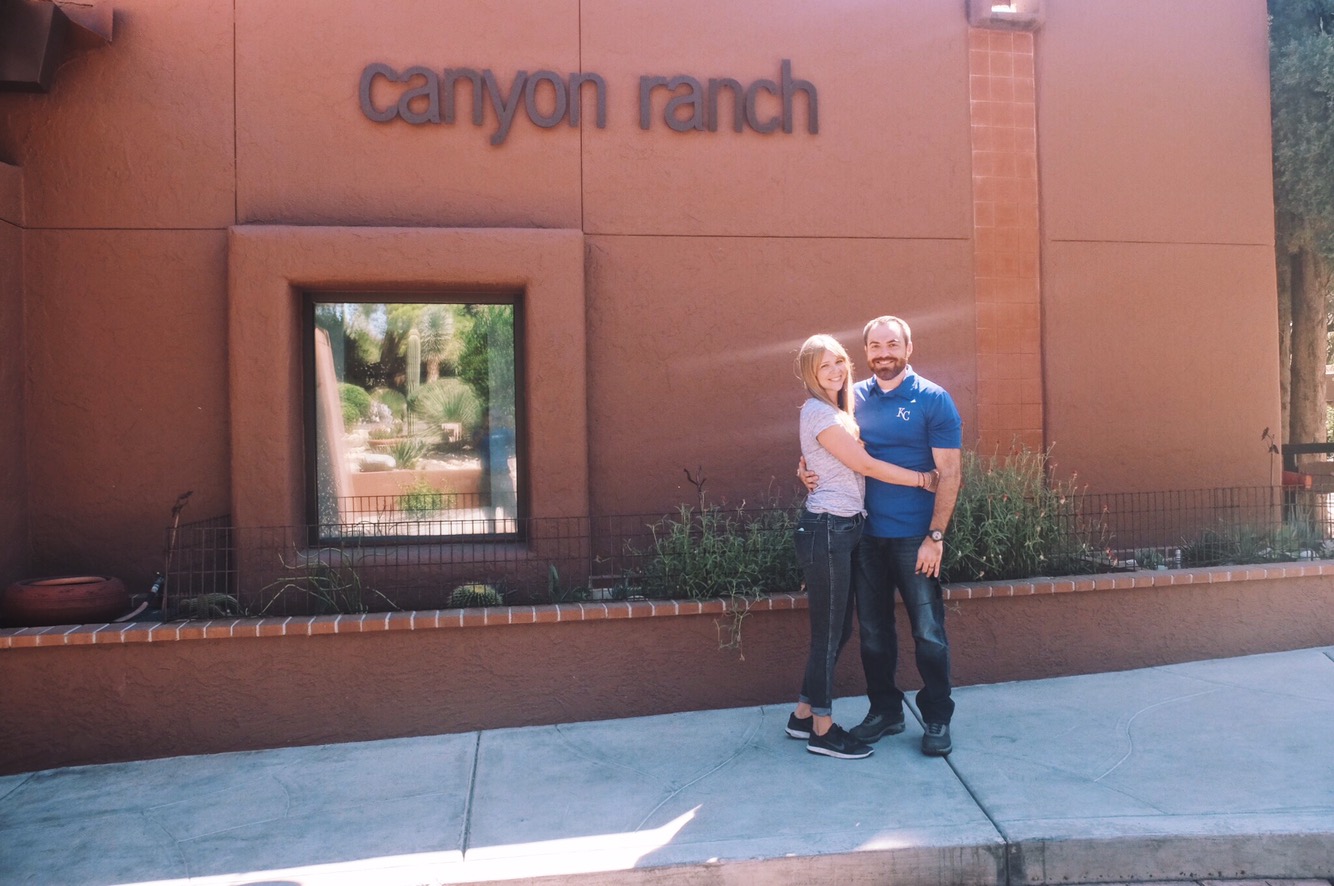 A few weeks ago, as we were laying in bed at night, Trent said to me, “What are your plans Thursday through Sunday? I want to take you somewhere for a few days…” To say I was surprised would be a fairly large understatement. As a couple, we had been doing the thing that all middle-aged couples with busy lives/families/jobs do…we’d been taking each other for granted. The situation had left us both feeling emotionally bruised and battered, and honestly, really lonely. 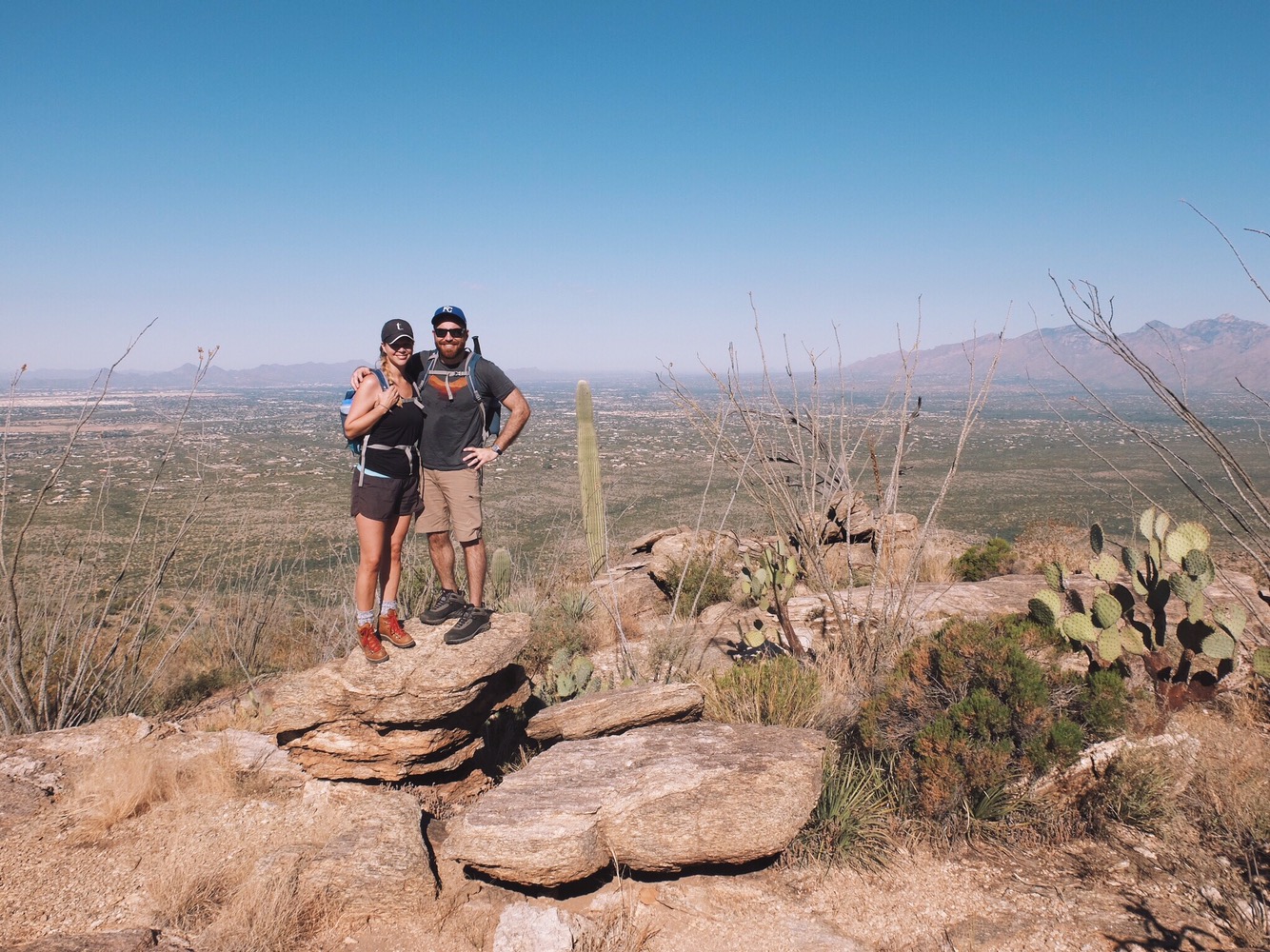 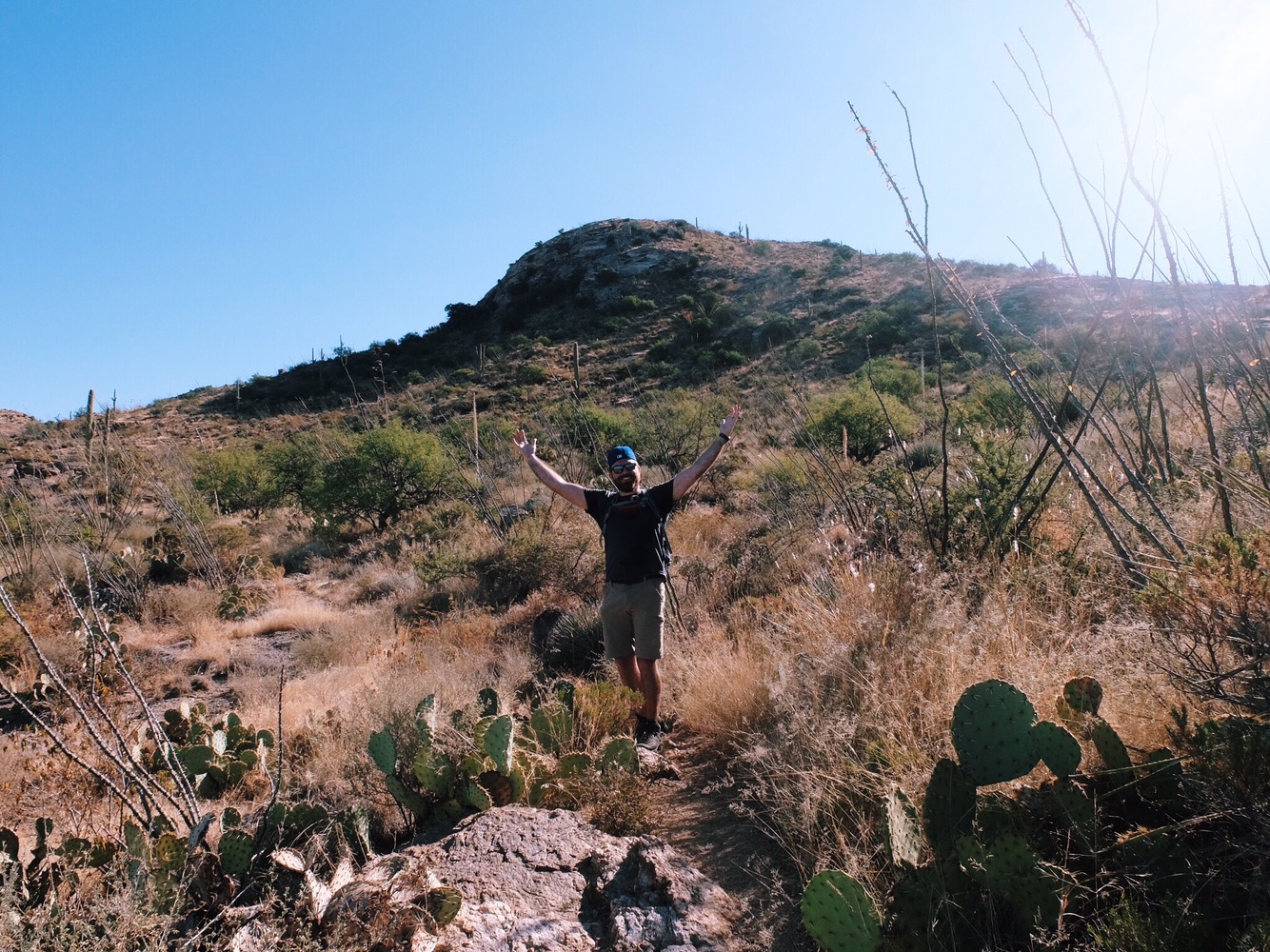 So Trent decided to take action, and he booked us a three night stay at Canyon Ranch in Tuscon, Arizona. Canyon Ranch is basically a wellness camp for adults, and it was EXACTLY what we needed. The best part was that Trent planned the whole thing himself, and wouldn’t give me a hint to where we were going. Eventually, I figured out we were headed to Tuscon (hard to keep a secret when you’re holding a boarding pass!), but even after our flight landed, I still wasn’t sure where in the city we were headed. It wasn’t until our car reached the front gates that I saw where we were. 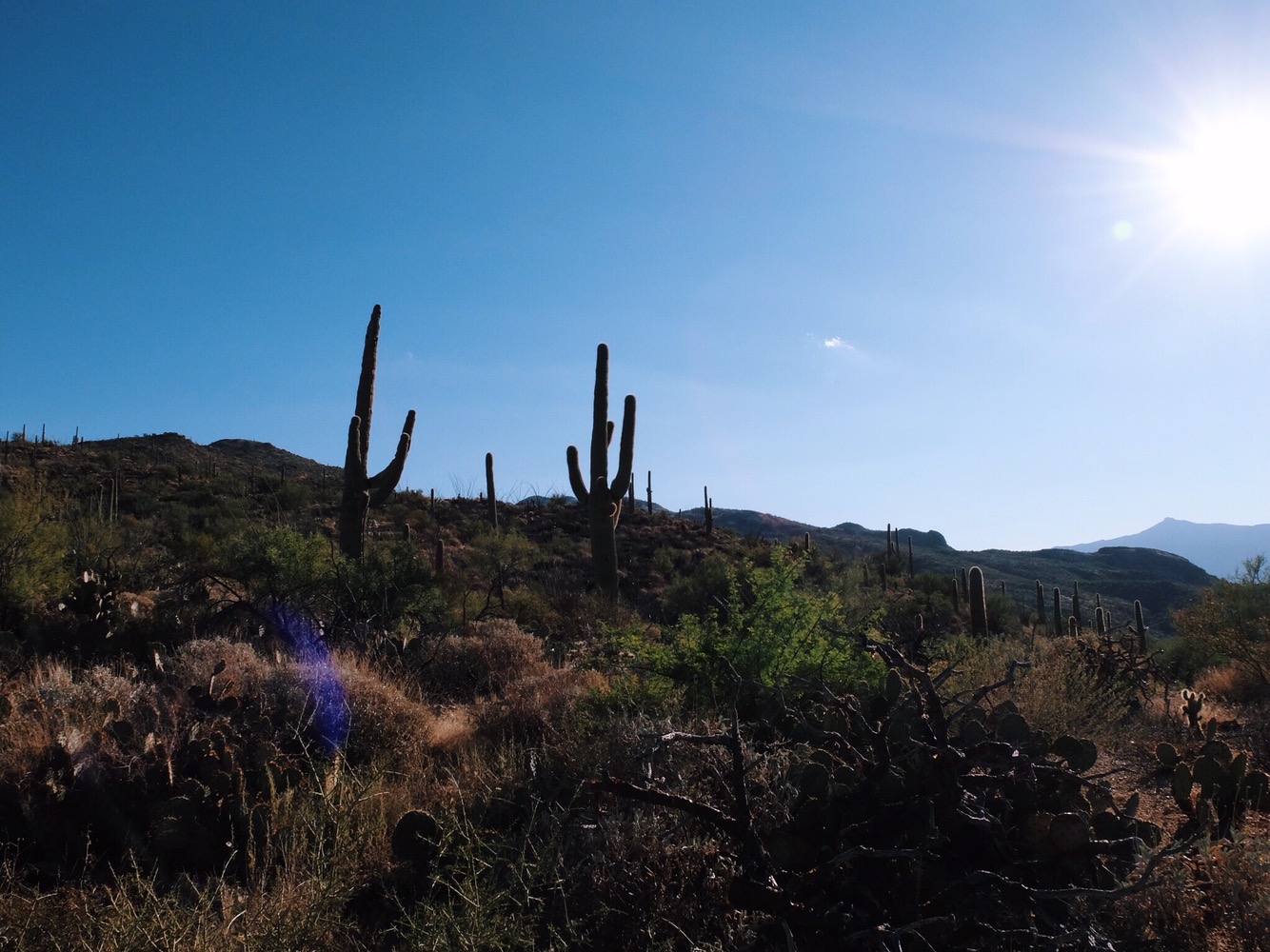 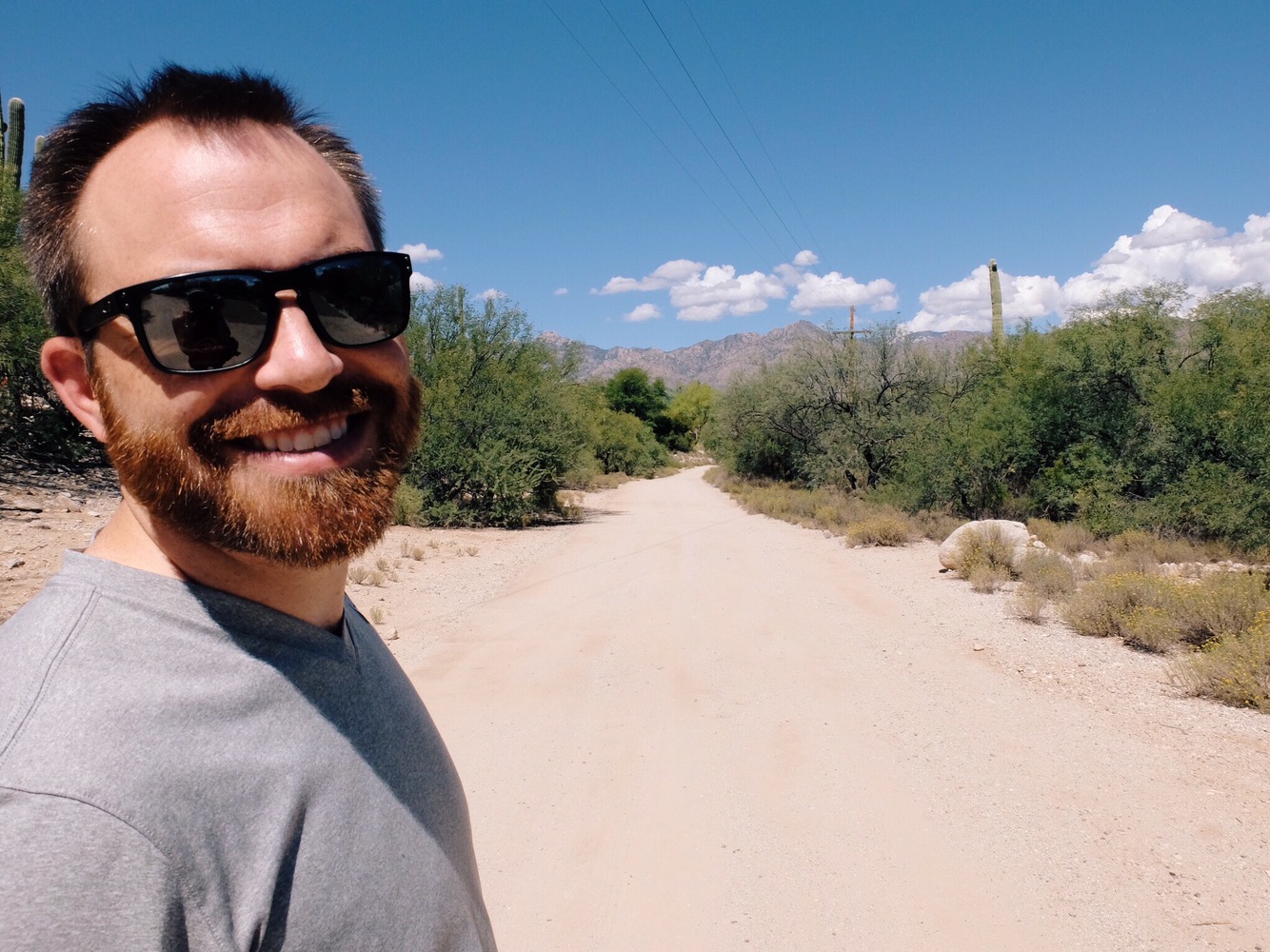 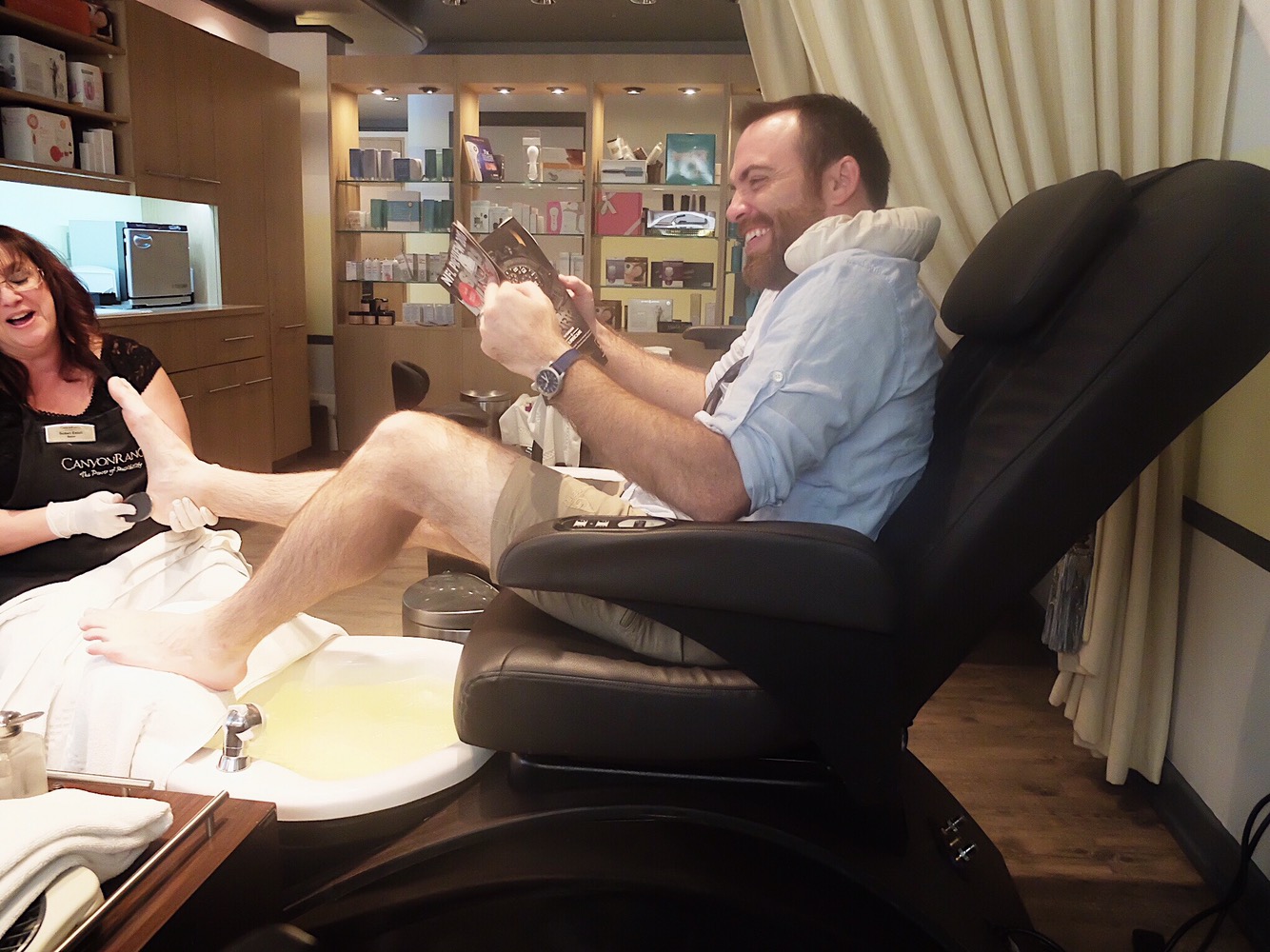 I actually hadn’t heard of Canyon Ranch before this trip, but it’s pretty popular among wellness and health conscious people as a prime destination. It’s an all-inclusive resort that boasts amazing whole foods, a plethora of exercise and workout opportunities, medical care, spiritual guidance and even metaphysical services. Our activities were all across the spectrum, from yoga to mountain biking through the desert to tarot readings and massages. I meditated in a pool of warm water, received my first craniosacral treatment and hiked a mountain. Trent even got his very first pedicure! We swam and ate delicious food, and in those three days, we worked on rediscovering who we are as a couple. It was wonderful. 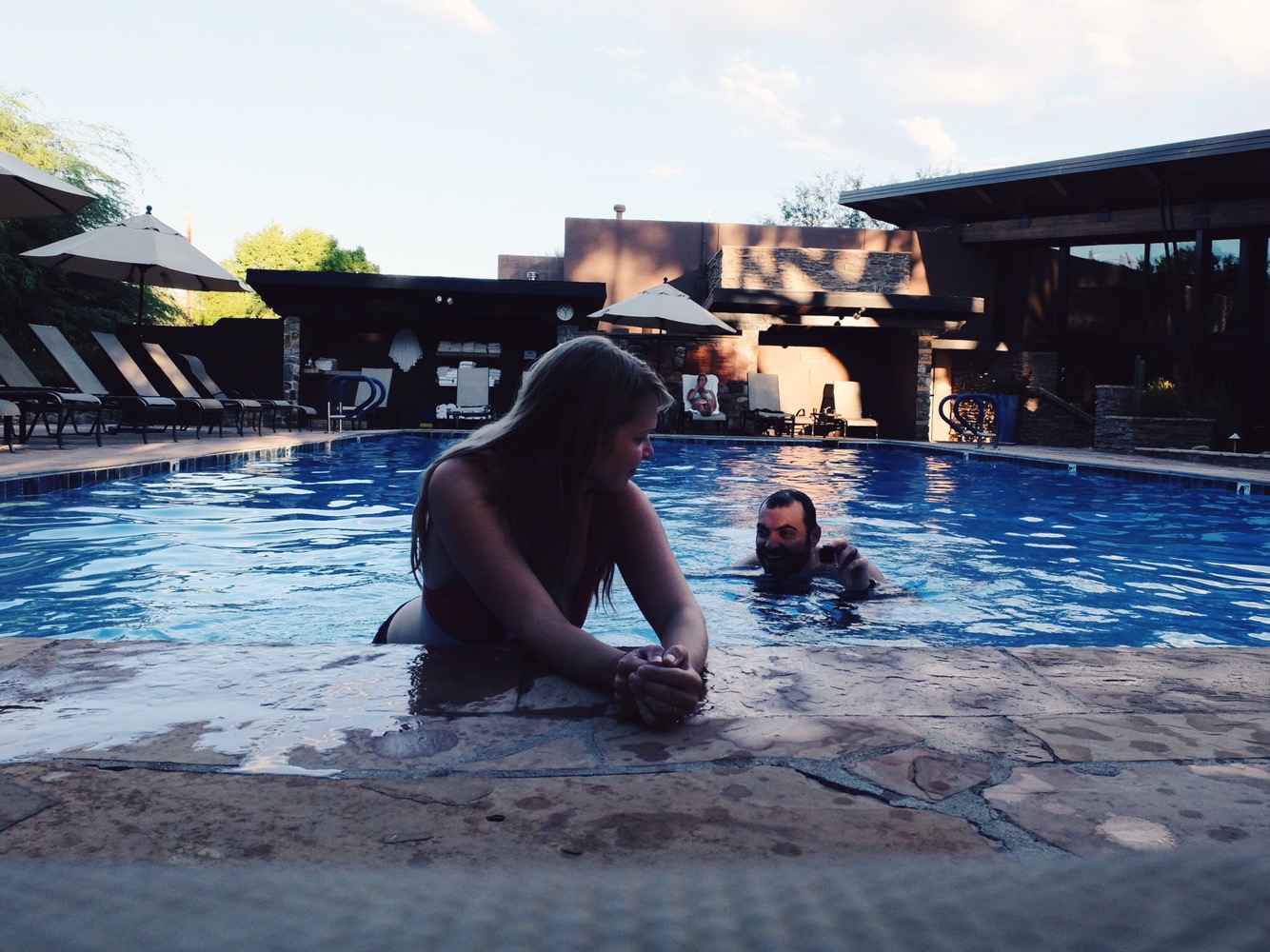 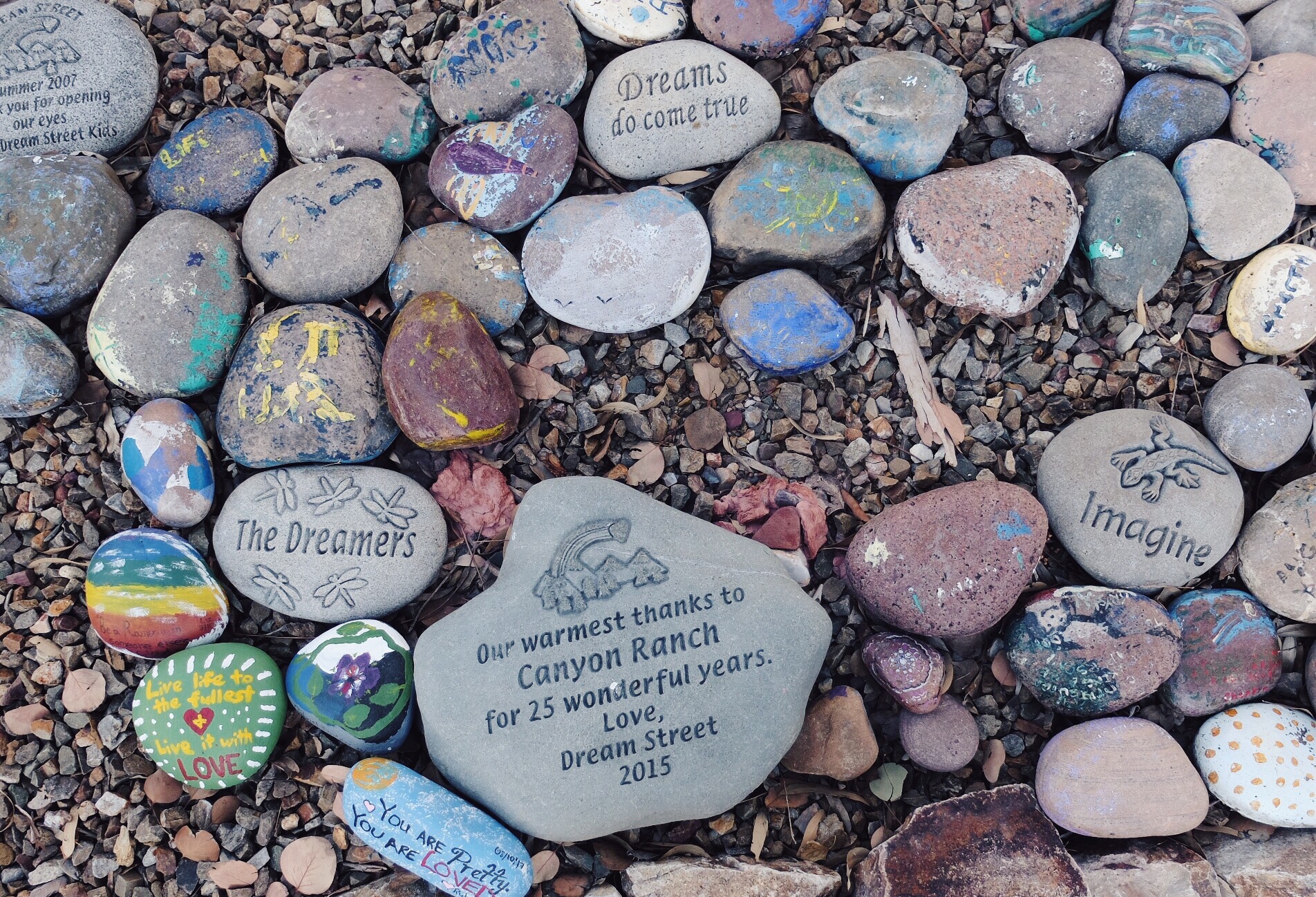 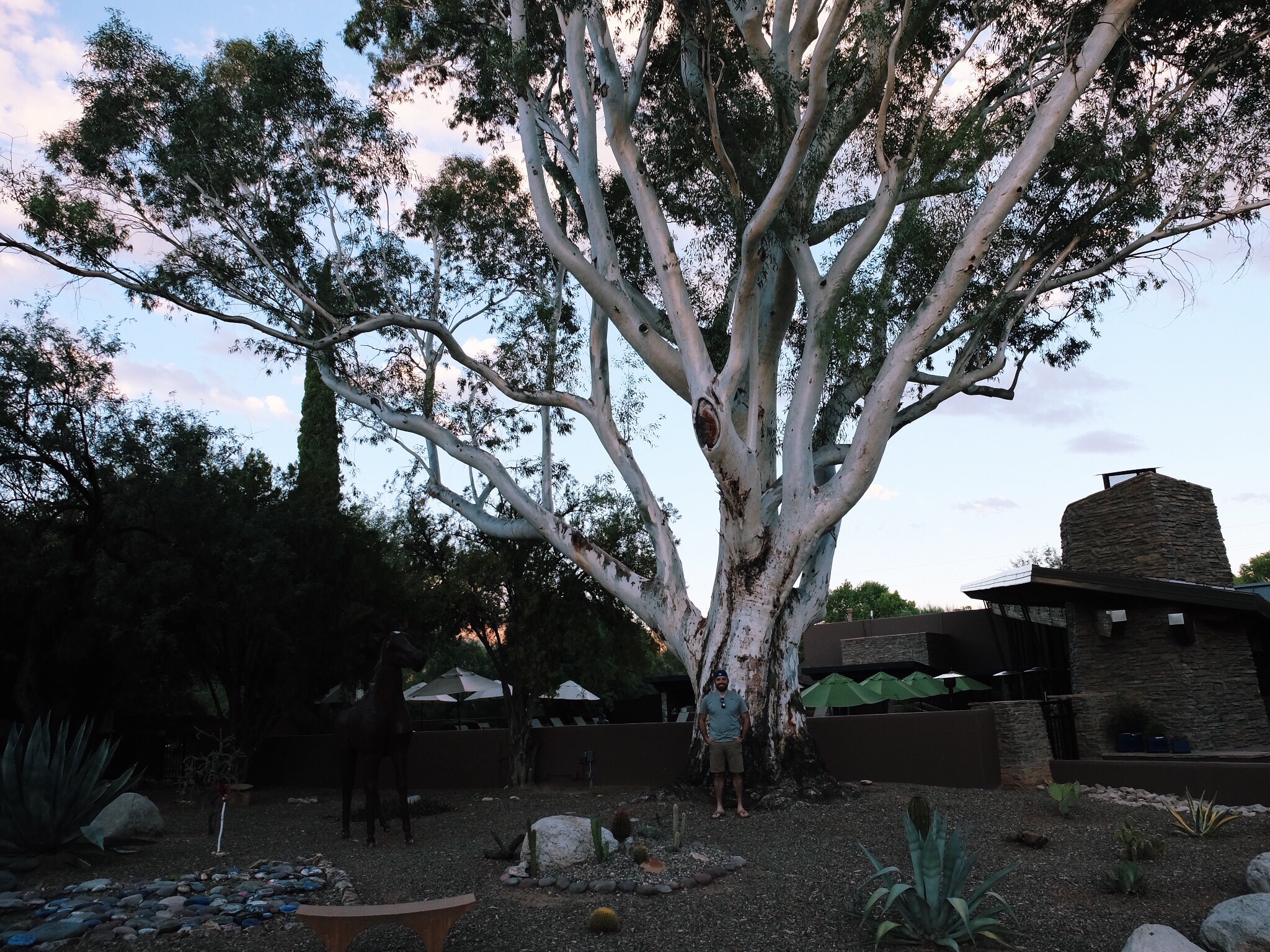 I highly recommend Canyon Ranch to anyone looking to get away in an environment where health and wellness are the number one priority. The resort had no alcohol or soda, which was a huge bonus for me. I don’t know if I’ve ever been on a vacation where alcohol wasn’t available and it was really lovely to not have it in front of me all the time. I’m so grateful to Trent for making this trip happen and for finding such an amazing place for us to spend time together! 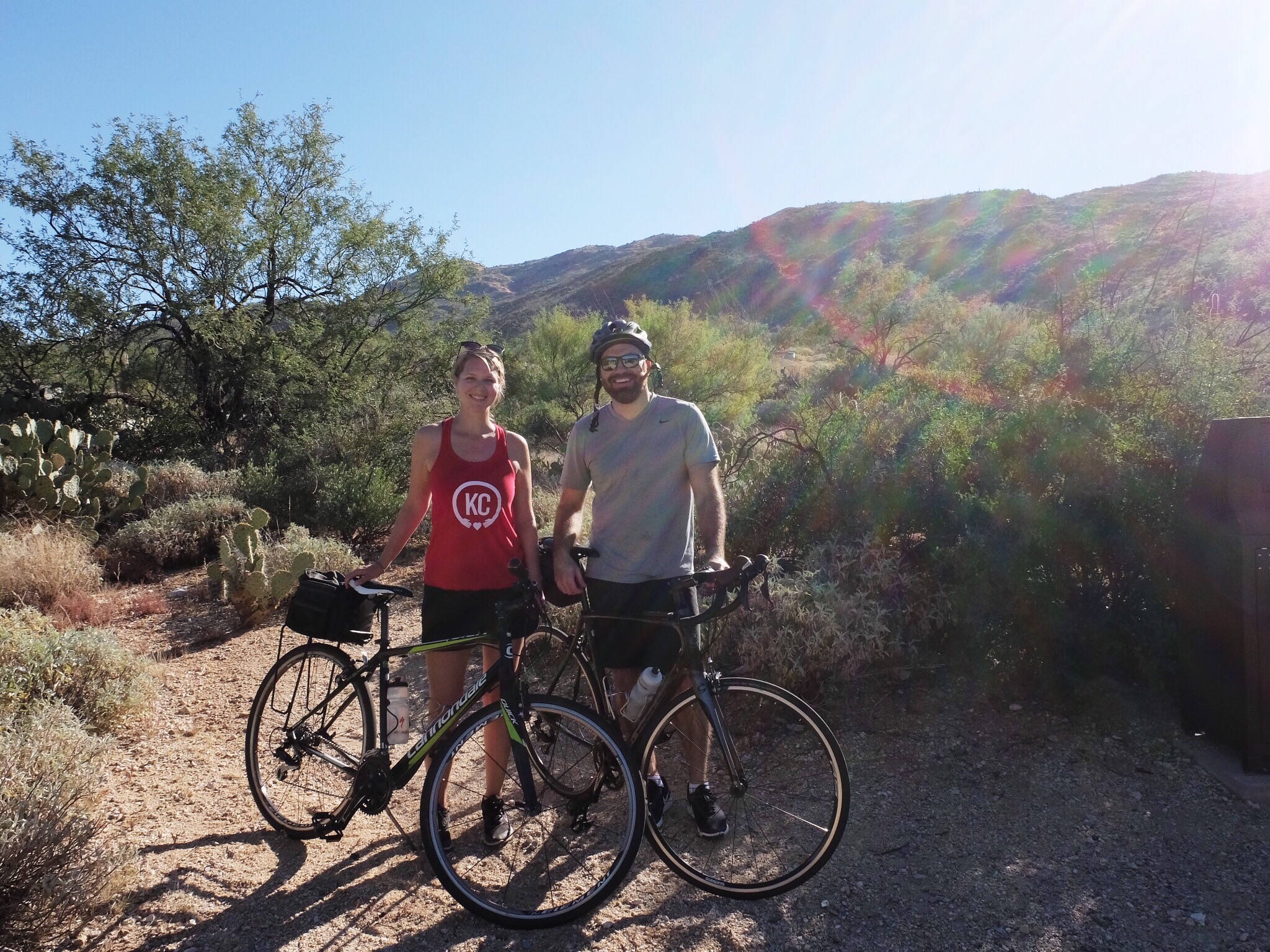 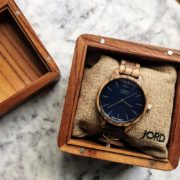 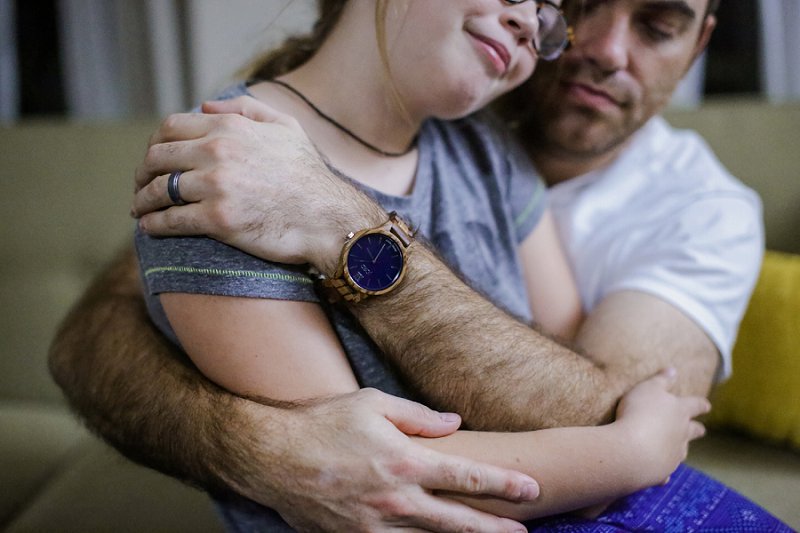 If you’ve met my husband, Trent, you might note that he’s a BIT of a watch fanatic. He started collecting them a few years ago, and these days he has a watch for every day of the week…plus some! And with the holidays coming up, plus his Christmas Eve birthday (yep, poor guy!), I’m always keeping my eyes out for a new, unique watch that is unlike any he already has.

Enter JORD Wood Watches! This incredible brand makes beautiful watches out of wood that are not only unique, but effortlessly cool. The sleek designs make each piece a statement in any wardrobe, but what really makes these watches is the wood finish. It’s unlike anything I’ve ever seen, and trust me, I’ve purchased a few men’s watches in my day! I love how the wood finish gives the men’s watch a rugged, chic look.

Now, one more thing I must keep in mind when I buy my husband a watch is….”how will this look on me?!” Yes, I steal my husband’s watches. I mean, he’s got so many, he won’t miss one! But seriously, I do love the look of a larger, more bulky watch, especially because I tend to wear delicate rings and bracelets, and I love to have a statement piece on my arm. So before I handed over his new Frankie Zebrawood and Navy watch, I “borrowed” it for a little photo shoot. Now the question is…do I have to give it back?! Maybe I’ll just get one of my own from the JORD women’s watch line! 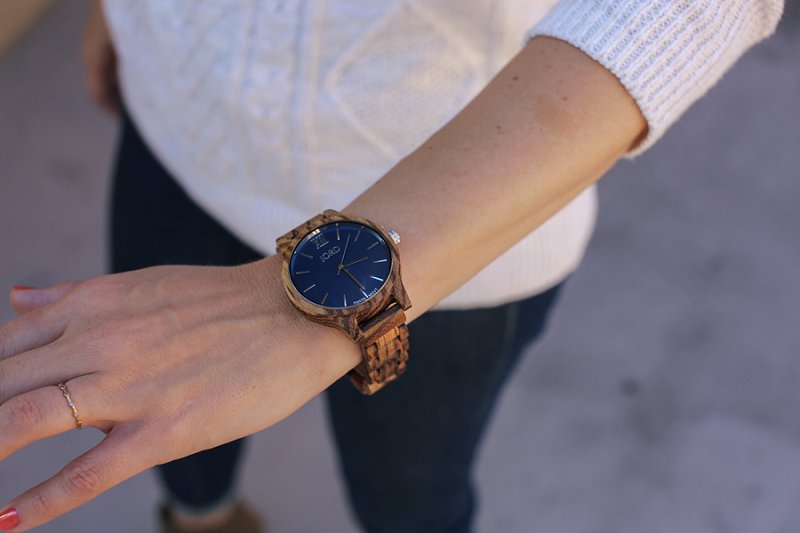 I’m super excited to share I’m hosting a giveaway where you can win $75 to use toward your very own JORD watch to either gift to a loved one, or keep for yourself! The contest winner will get a $75 e-gift code to the JORD shop. But get this…everyone who enters this contest will get $20 e-gift code, just for entering! To enter this awesome giveaway, click here. The contest will close November 27th at 11:59pm. Both the $75 and the $20 codes will expire on January 1st, 2017. Good luck! 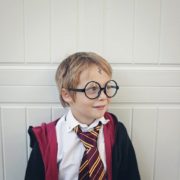 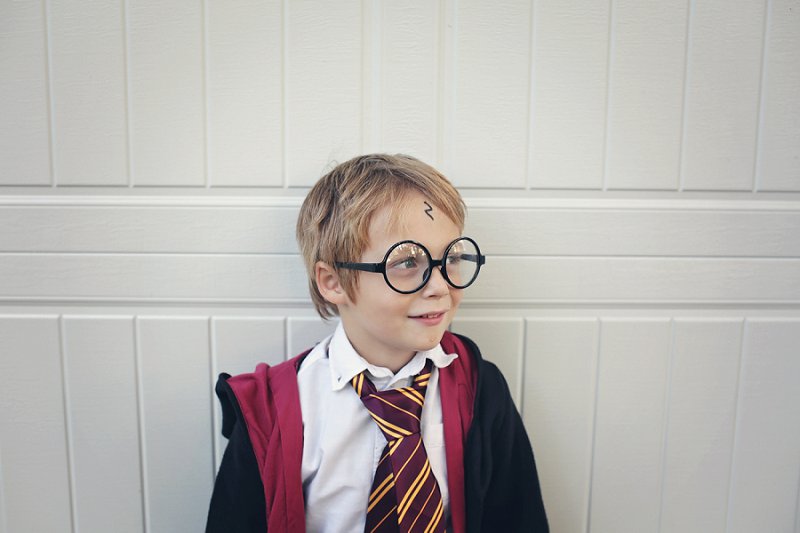 Halloween 2016 is in the books, and even though it wasn’t as epic as last year, it was still a pretty fun night full of candy, fun, candy, friends…and candy! Last year Halloween was on a Saturday, our street had a block party AND our Kansas City Royals were in the playoffs, so everyone had TV screens out in front of their homes watching the game and cheering while the kids went door-to-door. We stayed up late and got to sleep in the next morning, which helped a bit with the inevitable sugar crash. Also, since the big day was on a Saturday, school parties were held earlier in the week, which helped the whole day to be less overwhelming. 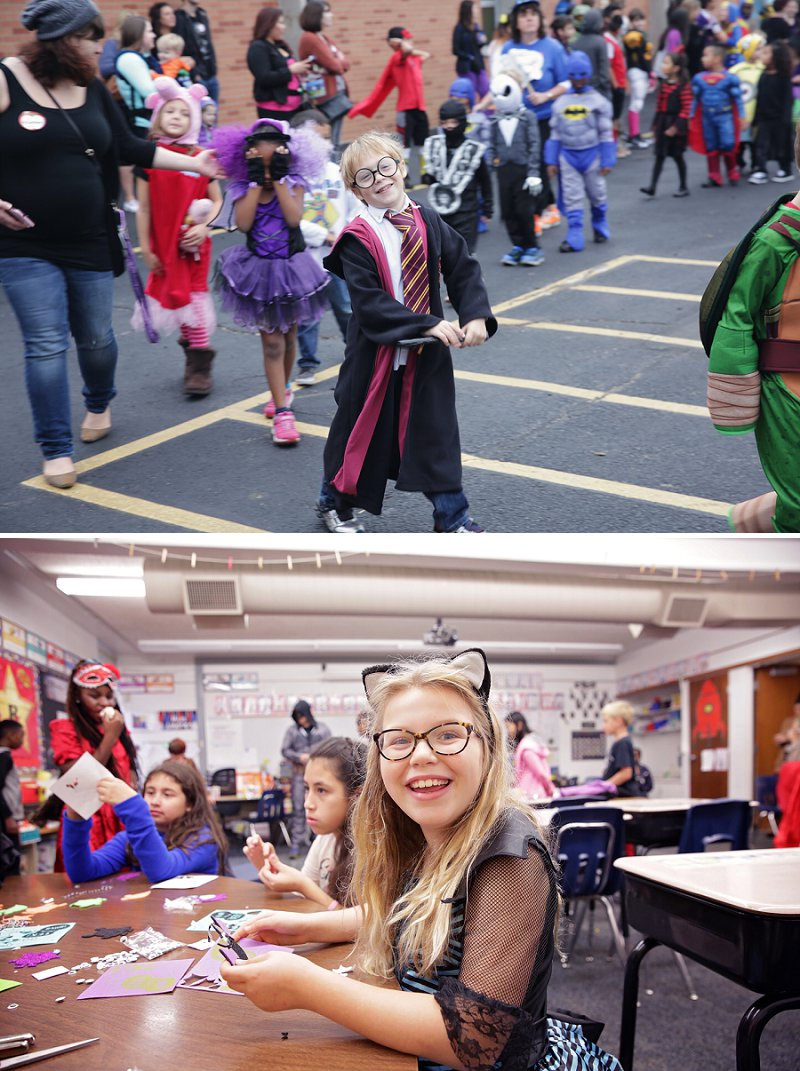 This year was definitely much more mellow, since it was a Monday night, but the kids are still calling it “the best Halloween ever” so I think that counts as a success. Now, the sugar crash and having to wake them up for school this morning was decidedly less fun than last year. I feel like I need to send all the teachers a spa gift certificate for what they must’ve gone through today! 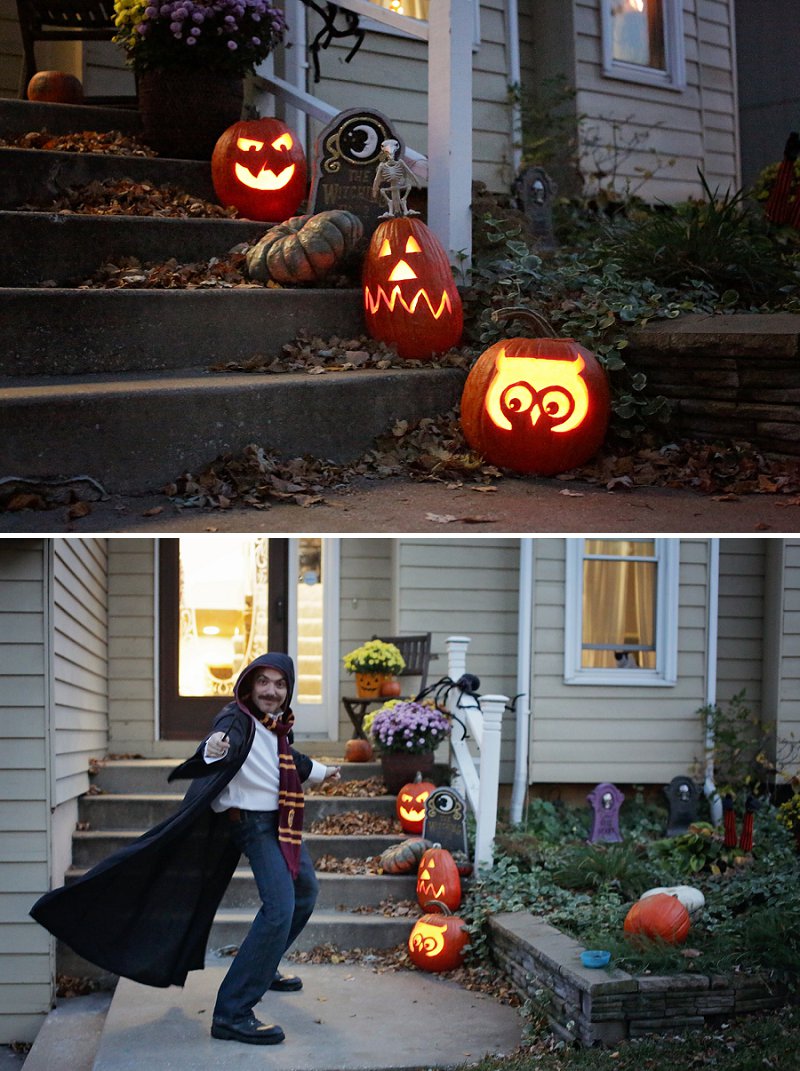 Last year we did a pretty awesome family costume, and the plan was to do a Harry Potter theme this year. However, we ran into a snag when Lucy decided she couldn’t be her favorite character (Ginny Weasley) because in the end (spoiler alert for all you weirdos that haven’t read Harry Potter yet!) Ginny marries Harry…and if Tate was going to be Harry, Lucy just COULDN’T be Ginny! Gross! But we thought it would be a bit weird if we went as Harry Potter characters without Harry Potter…so Lucy decided to skip out on the family costume and instead dress up as a “cat person” which is something she made up. Apparently it’s half person, half cat, and she explained this to every adult who dared to say, “Aw, and you’re a kitty this Halloween!” No, she is a CAT PERSON. Totally different.

Trent dressed up as Luigi from Mario Brothers for his work Halloween, which of course meant he had to shave his beard into an insane mustache. It was hilarious, but when he left the mustache for his evening costume change, he ended up looking like the creepiest Ron Weasley I’d even seen! The photo of the three of us cracks me up, because I think this is exactly how Hermione would feel about Ron with an insane mustache. 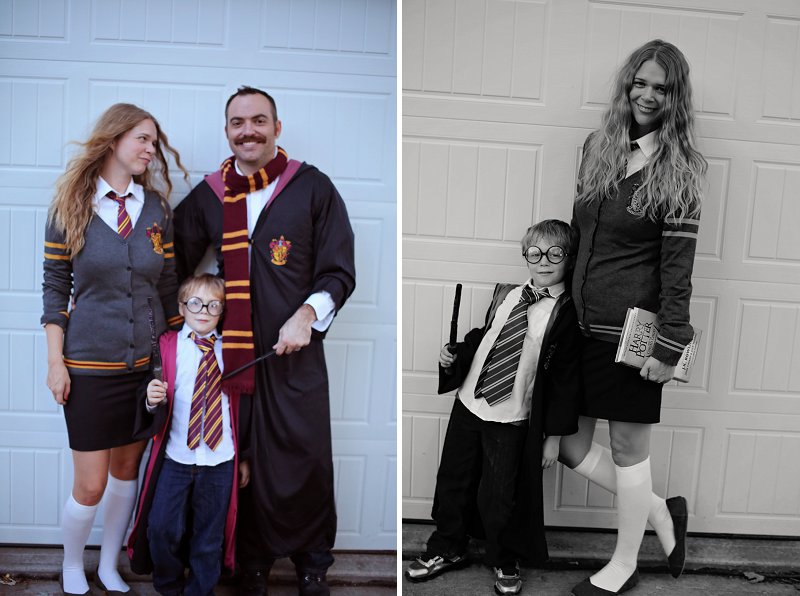 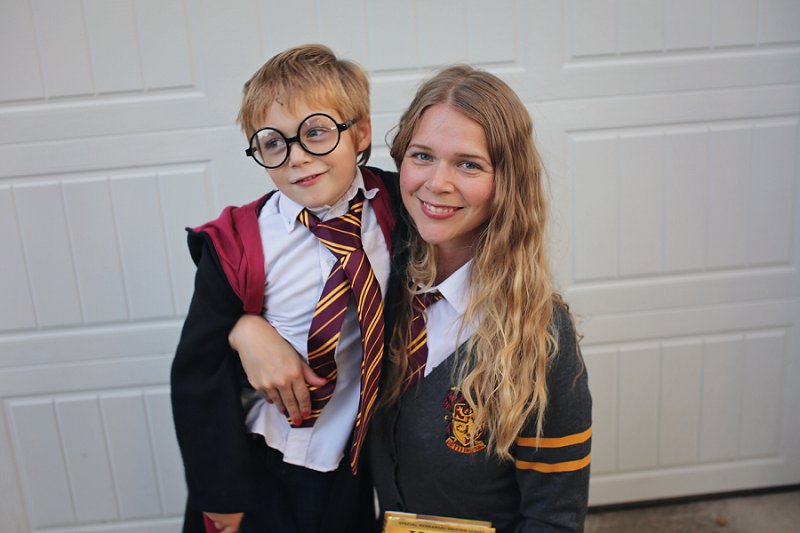 Now, if you need me, I’ll be off stealing mini Twix bars from my kids’ candy stash! Happy Halloween! 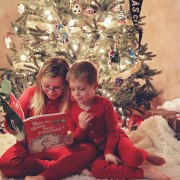 Well looky here…it’s the new year! I took a much-needed break from blogging over the holiday, and it turned out to be a pretty good choice. I wish I could say I unplugged completely, but I’m definitely not perfect and still sneaked in some work here and there. This holiday didn’t go exactly as planned, and I’m so grateful I have a flexible job where I can dedicate time to different outlets when needed. Over the holiday we had a bit of a quarantine situation going on…and it wasn’t pretty! We had (in no particular order) pink eye, the flu, a croup-type cough, an ear infection and head lice. Yep, it was a doozy! I was fairly lucky to be free of all of these ailments so that I could spend my time and energy helping my people heal, but of course today I woke up with a massive sinus issue, so I think my body has finally decided it’s my turn! 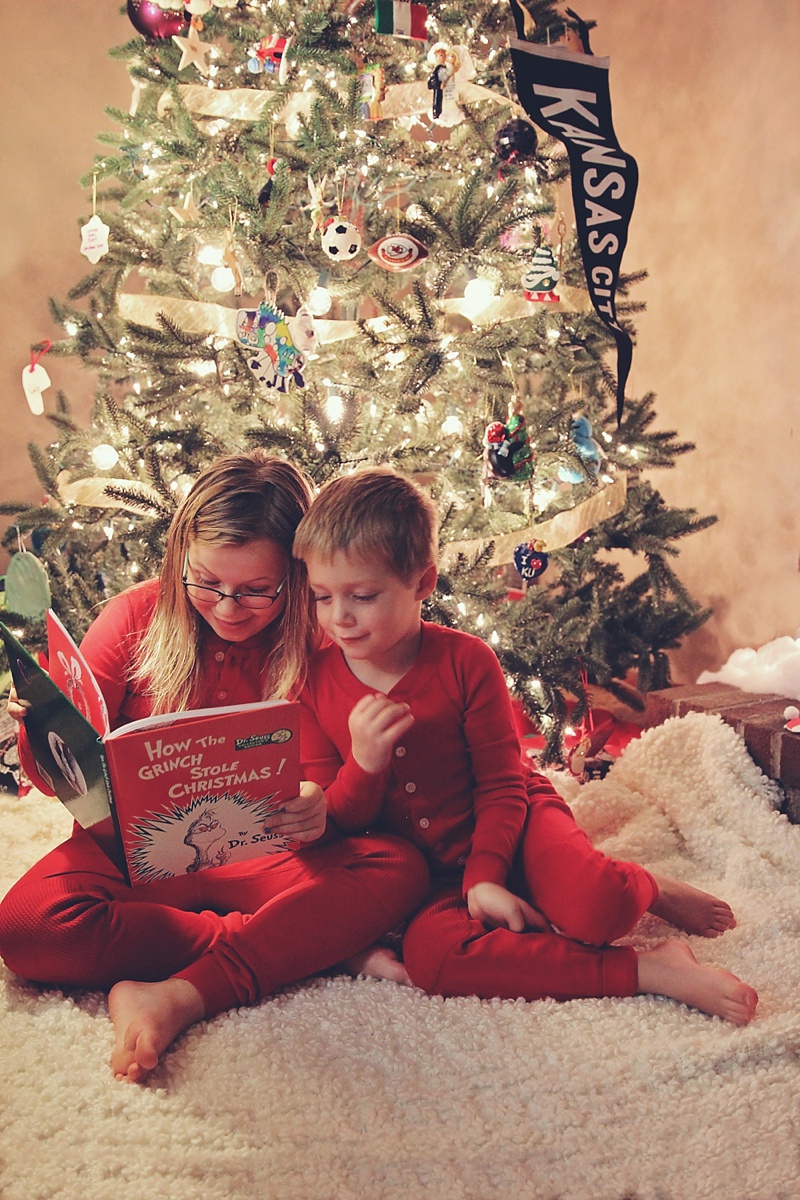 Due to all the illnesses floating around, we had a pretty low-key holiday. We were legitimately under a doctor-ordered quarantine until Christmas Day, and the kids were pretty bummed we had to cancel Christmas activities with our extended family. Luckily, by the 26th everyone was feeling much better (and we were no longer contagious) so we were able to celebrate a little late. And honestly, as much as it stinks being stuck at home, it was kind of nice snuggling in for a simple, quiet holiday. Though I wouldn’t wish the amount of laundry and cleaning that comes with head lice on ANYONE. Holy wow. I made about a zillion baked treats over the break, planning to take them to Christmas celebrations with the family. Since we were unable to attend most of them, the kids and I ended up delivering bags of sugar cookies and tins of cinnamon rolls to our local fire stations and police stations, to thank them for working over the holiday. It wasn’t our original plan, but it turned out to be a great way to give back and make the best out of a crappy situation. Lucy even chased our trash collector down the street to deliver him a bag of cookies, which is absolutely one of my top 10 holiday memories!

The kids head back to school tomorrow and Wednesday, and I can’t wait to get back in to a regular routine. As per our silly family tradition, we keep our Christmas decorations up until Three Kings Day (just like when I was growing up) so we still have a few more days of twinkle lights ahead of us. And while I should probably be excited to put away Christmas until next year, I think a few more days of twinkle lights is probably the best medicine for a quarantined Christmas.