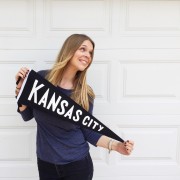 Check this out! Recognize anyone? I was super lucky to be invited to be a part of this Sporting KC ad that is now airing on TV here in Kansas City! It’s been really fun hearing from people that have seen it and wanting to know if that was me saying “Olathe”…yes, it’s me! We filmed this a few weeks ago, and I had no idea it was airing, so I was pleasantly surprised to hear it was on during the Royals home opener AND the finale of The Walking Dead.

(And for those of you who have asked…no, I’m not actually from Olathe. TV magic!)

A Preschooler’s Guide to Kansas City!
Scroll to top