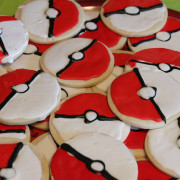 A few weeks ago my sweet Lulu pointed out (for the millionth time) that she hadn’t had a “real” birthday party in quite a few years. She wasn’t wrong. As a mom, I excel at many things…but party planning is NOT one of them! Honestly, I’m just not much of a party person. I don’t love throwing parties, and they are the last thing I would want on my own birthday. I’m all about a few close friends and a movie night or something…and usually Lulu is thrilled with that idea. But this year she really wanted to throw a bash for her buddies, so I decided to put my party pants on and get with the program.

Once I told her a party was in the works, she immediately started ruminating on themes. Um, what? Themes? I was thinking I would win the Mom of the Year Award for throwing a party at all, and now it had to be THEMED? This is soooo not my specialty, but we talked it out and came to a compromise. Lulu wanted a “Pokemon” birthday party. I wanted to make sure this whole thing didn’t spiral out of control! So we took the middle road.

I didn’t print invites, but instead did a Facebook invite for a bunch of the kids (through their parents, of course) and then texted those that I missed online. We ended up with about 25 kids attending, which sounds bananas, but actually wasn’t too bad. Lulu wanted to invite a few boys this time around, not because she’s boy-crazy, but because the boys are the kids she plays Pokemon with. Have I mentioned how much I love this kid?

Lucy took some regular snacks like popcorn and chex mix, and labeled them as items from Pokemon (original idea found here). With the help of the kids, I made a couple dozen Poke Ball sugar cookies. We added a few pizzas, and we were good to go! 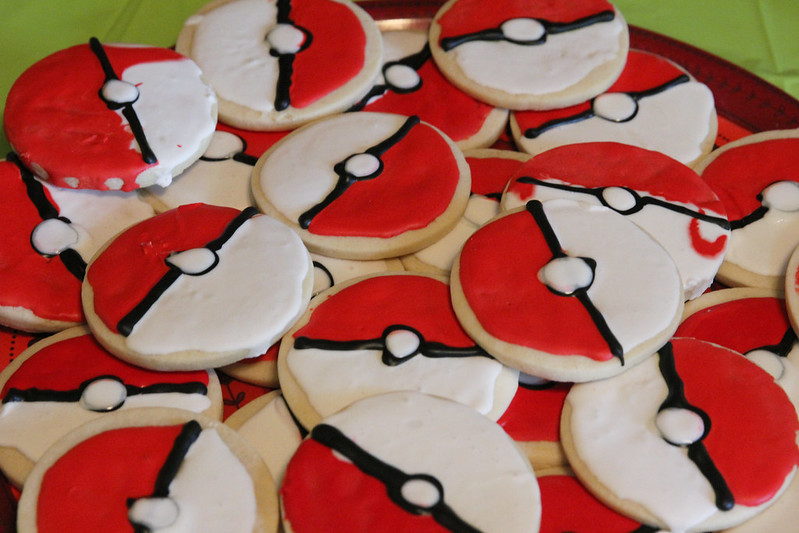 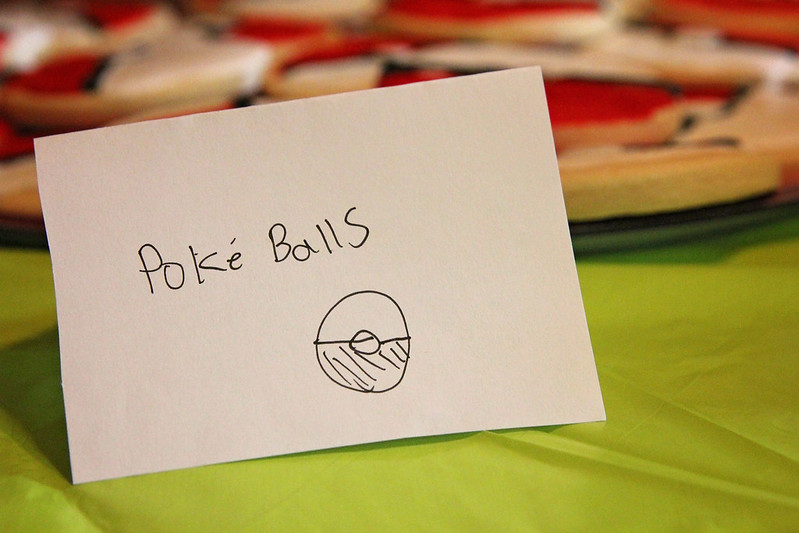 Instead of gifts (which are a another huge reason I don’t like parties…I don’t like pressuring people to gift my kid who already has PLENTY of stuff) we asked Lulu’s guests to bring donations for KC Pet Project, a local animal shelter. Her friends didn’t disappoint, and we have two big bags of dog toys, cat food and dog food to donate. Next week we will head to the shelter and drop off all the goodies. I can’t wait! For party favors, I ordered a big pack of 100 Pokemon cards, a couple packs of Pokemon figurines and a mixed bag of candy and then we split them up into little gift bags for each guest. 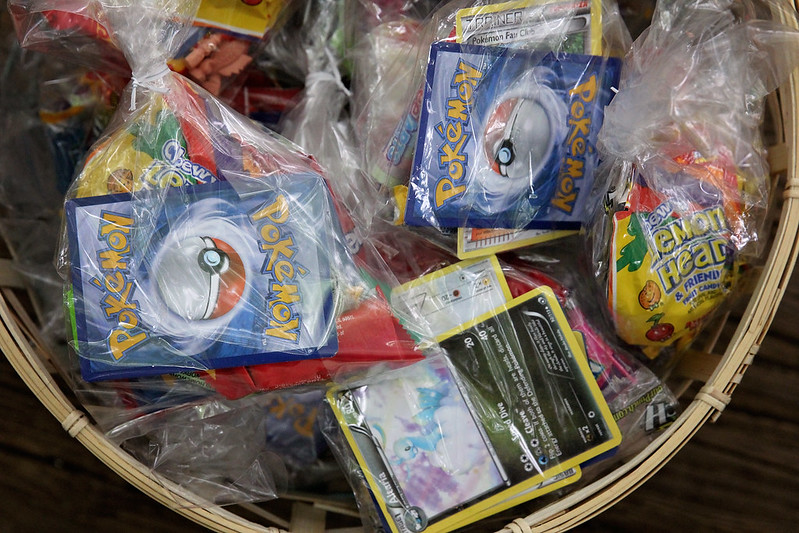 The big draw for this particular party was Kona Ice Truck that arrived about halfway through. This was the BEST! The kids thought it was amazing, and it was an activity in itself! Who needs party games when the Kona Ice Truck is outside! The kids each got to make one (or two) Kona Ice’s and then flavored them with different syrups. By the time all the kids made it through the line, we only had about 15 minutes of party time left, and the parents were arriving to pick up their kids. It was PERFECT. Sure, it was messy, but we were outside, and the rain that night washed away any traces of the sticky melted ice left on the driveway and sidewalks. 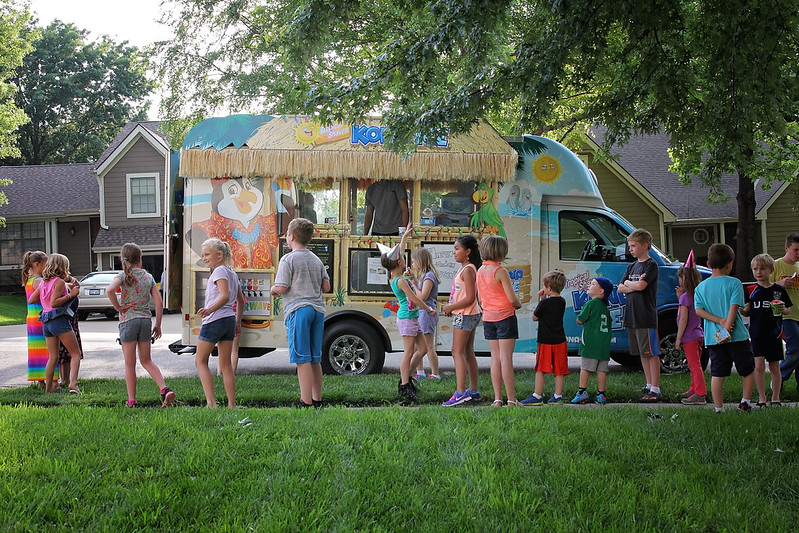 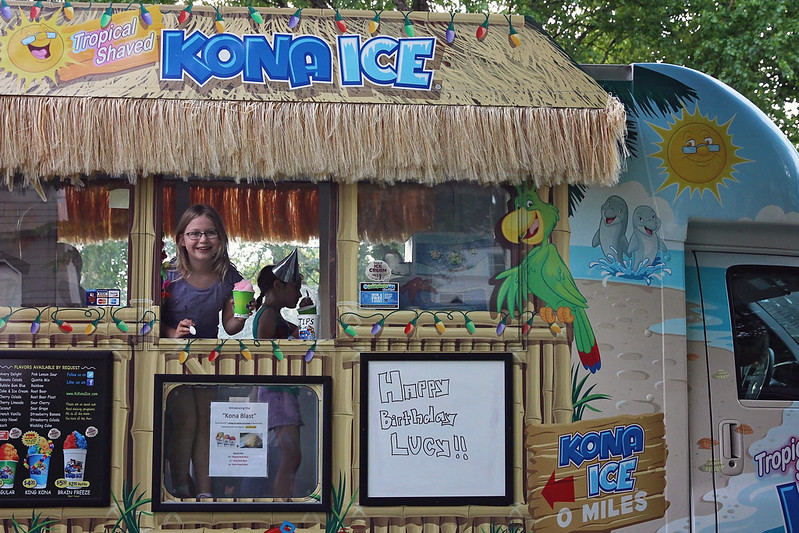 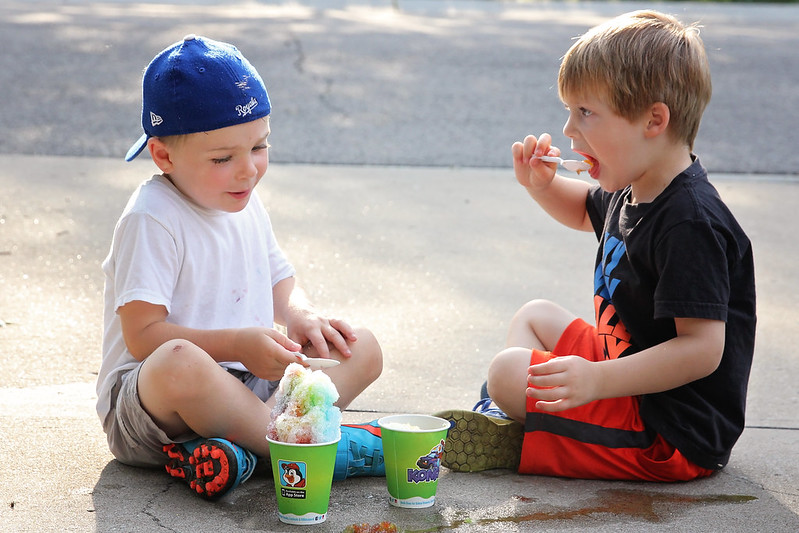 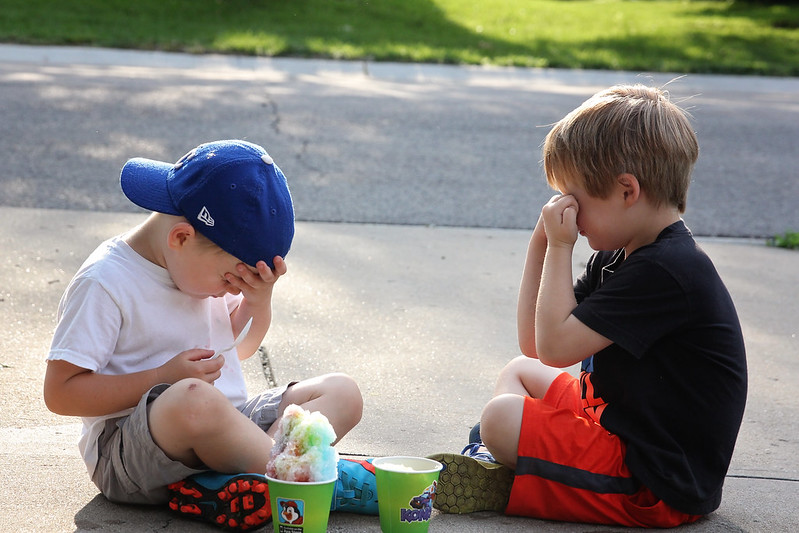 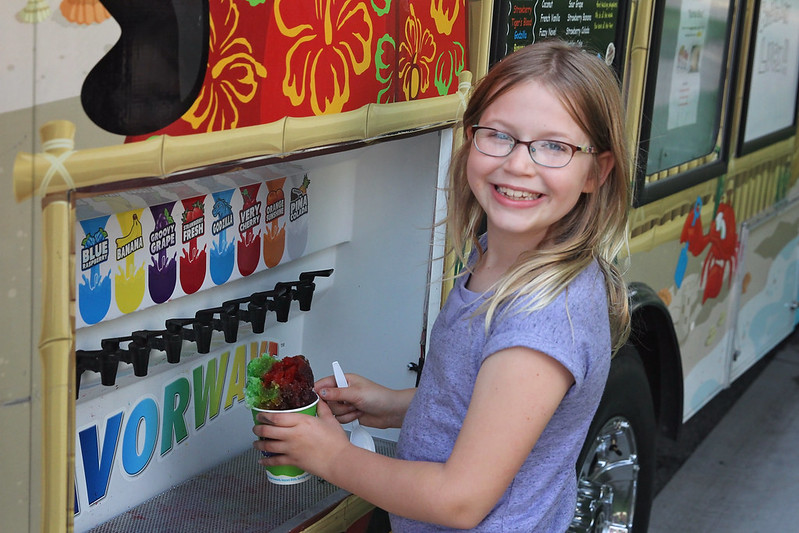 The theme of this particular party was technically Pokemon…but for me, the theme was “easy does it.” I tend to go way overboard with things like this, stressing myself out beyond belief. Actually, that’s probably why I don’t love throwing parties! I’ve always figured, if it’s not going to be absolutely perfect, what’s the point? But this time around I just let go. The kids helped me make the sugar cookies, and they didn’t look like they were straight from a bakery. Lucy made the labels with old printer paper and stickers, not an elaborately designed font. The Kona Ice Truck didn’t go with the theme at all! But who cares? The kids had a blast, and when everyone went home, Lucy laid in bed with me and told me it was the best party she’s ever been to. And while I’m sure a lot of that was due to her friends, I think much of it had to do with the fact that I chilled out and just let them have fun, instead of trying to orchestrate everything. It was a good lesson for me. Sometimes when you let the little stuff go, parties actually CAN be a fun time. Who knew? 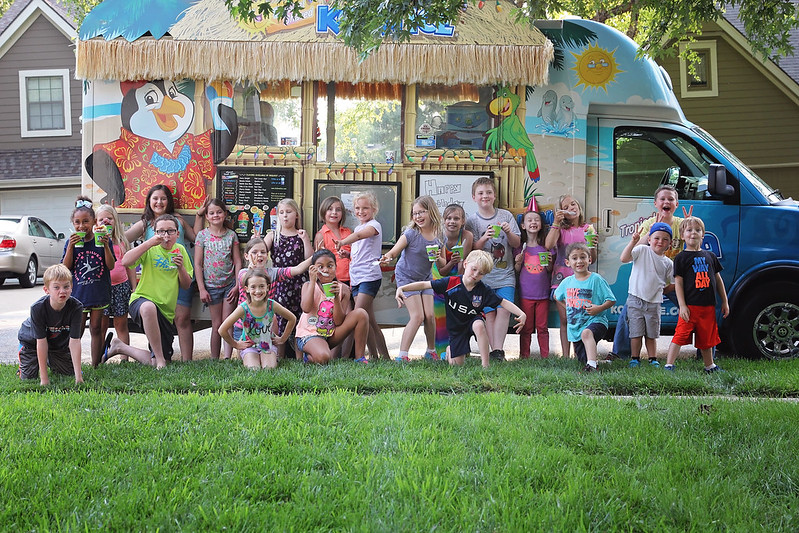