I love Halloween. It’s by and far my favorite of all the holidays, mostly because it’s a little bit morbid, I don’t have to fight about church with anyone AND there’s an endless supply of mini-Twix that my children willingly collect for me while I just sit back and enjoy. Other things I love: costumes, tacky decorations, and watching Johnny Depp in Sleepy Hollow. Therefore, Halloween is officially the best!

For whatever reason, this year’s Halloween felt a little off to me, not necessarily in a bad way, just in a different way. I know our years of trick or treating are getting fewer, as Lucy is already cooler than all of us put together, so I’m sure she’ll ditch this whole crazy train at some point. But maybe not…maybe her nutty old mom can convince her to be one of those teenage trick or treaters with the garbage bags of candy. One can only dream (of mini Twix…). 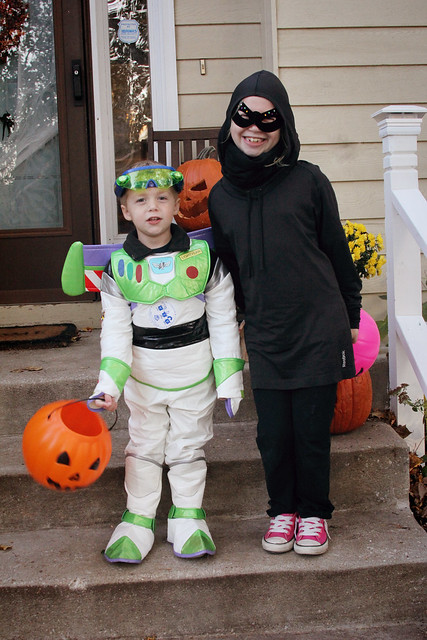 Lucy was going to dress up as a “Dryad Tree Fairy,” but the very expensive costume was apparently too itchy, so she ditched it after the school festivities for a homemade “ninja costume.” Yes, she is wearing my running hoodie. And every ninja needs to make sure they are sporting some pink Chuck Taylors, to keep their enemies on their toes. Tate planned to dress up as a dog, but then found a plastic tub full of my nephews’ old costumes and immediately decided he wanted to be the robot with wings. When I realized he had no idea who Buzz Lightyear was, I first scolded myself and then promptly sat down with him to watch Toy Story. He was even more excited to then dress up as “Light Buzzyear,” as he told everyone who asked who he was. 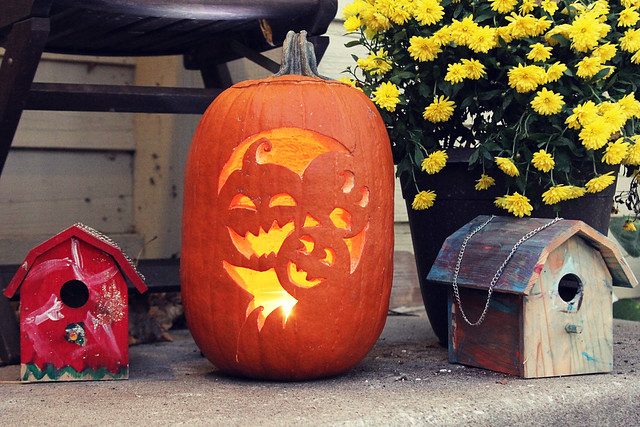 In the Mom Fail department, I totally spaced on the day of Tate’s Halloween parade at preschool (although in my defense, if they kids have school on Halloween, why would you have the party two days earlier?!?!?), which was a major heartbreaker for both of us. Not only was he the only kid not in a costume, I had to leave and go to work while all the other moms and dads stayed with their huge cameras and their energetic smiles. The teacher had to physically remove a sobbing Tate from my arms as I left. And then I sobbed in the car, as one does when they totally ‘eff up and let their kids down. Later that day, Lulu and I went to the toy store and got Tate a little apology gift, a brand-spanking new Buzz Lightyear doll. I felt sort of weird about trying to buy his forgiveness, but since he was wearing a hand-me-down costume…scratch that, his mom FORGOT his hand-me-down costume…I figured it was okay. That’s my goal here, people, World’s Okay-est Mom. Am I winning? 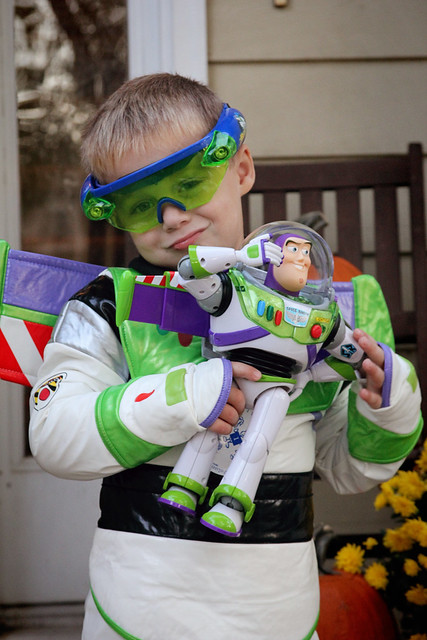 Hope you had a fantastic Halloween! If you need me, just follow the little trail of mini-Twix wrappers until you get to the couch!

Eight and Some Change