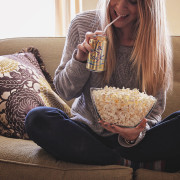 A few years ago, after much hemming and hawing about the subject, Trent and I finally cut our ties with the cable company. We have gone with and without cable TV on and off for years, but we got to the point where we just couldn’t justify the cost. With this came tons of benefits…we read more. We spend more time away from the television. We don’t have the TV “on” for no reason or in the background. Our television watching time is definitely a bit more intentional. 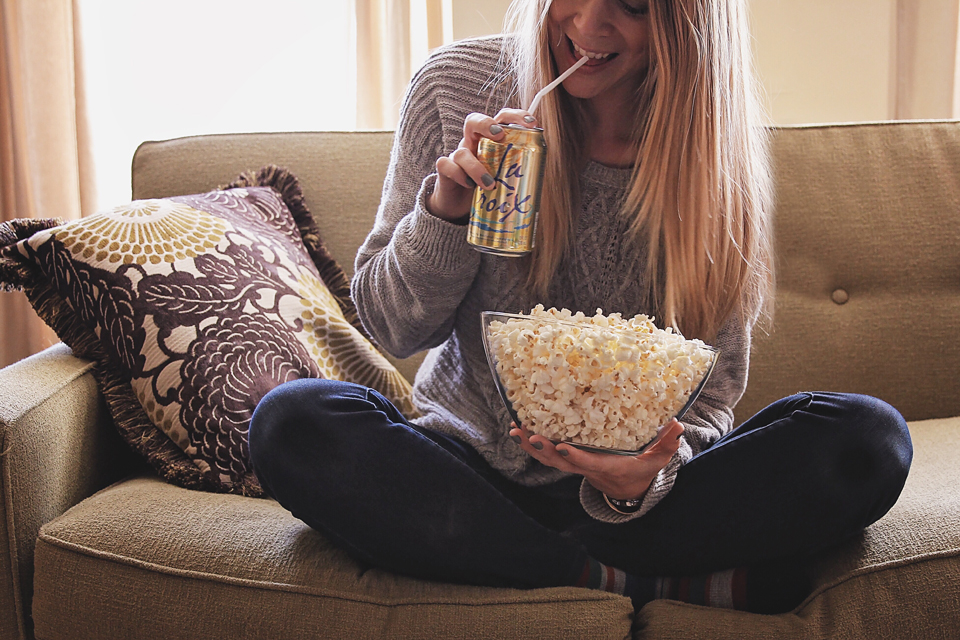 Now, don’t get me wrong, I’m not a saint and I still watch TV! In fact, I probably still watch more than I should. With the combination of Netflix, Amazon Video and Hulu, I surely get my fix. But these days I’m finding shows I love and binge watching them, instead of spending time watching shows I feel pretty “meh” about (I’m looking at you, Bones and all CBS crime dramas!).

Over the holiday break, I gave myself permission to be a lazy as possible, and with the addition of some sick kids, we ended up spending a great deal of time stuck indoors…perfect chance to get started on some quality binge watching! Here are my Top 4 Favorite Shows to Binge Watch if you’re stuck inside this cold winter.

1. The Man in the High Castle (Amazon) – I had heard rave reviews about this drama from Amazon, but although the pilot was released early in 2015, the rest of the episodes weren’t made available until right before Thanksgiving. Based off the book of the same name written in 1963, the show follows an alternate universe, in which the Allies didn’t win World War II and the United States ends up being taken over by the Nazis and Japan. It follows the journeys of members of the Resistance, who are collecting videos to deliver to the mysterious “Man in the High Castle.” When they watch the videos, they see OUR history (ie. the Allies winning the war) and the show takes off from there. What is real? Are their multiple timelines? Who is the Man in the High Castle? It’s a mystery, sci-fi and historical drama all wrapped up into one. Bonus: The costuming and sets are INCREDIBLE.

2. Marvel’s Jessica Jones (Netflix) – I started watching this one right before Thanksgiving, but it’s pretty heavy, so I’m still working on finishing. The Marvel brand has made other great shows via Netflix before (like Daredevil), but I love the character of Jessica Jones and her world. The acting and story are really superb, and I really enjoy the idea of making a “superhero” just a regular person, instead of all dressed up in a mask and tights. Bonus: David Tennant is really disturbing and amazing in his role as the villain, Killgrave. Bonus #2: Luke Cage. Enough said.

3. iZombie (Netflix/Hulu/The CW) – Okay, I’m not gonna lie. The name of this show is super dumb. Like…so, so ridiculous. But once you can get past that, it’s a really fun, quirky program with a lot of dark humor. The pretense is that a successful doctor gets turned into a zombie, but no one in her life knows. She realizes she can remain mostly human by eating brains, so she get’s a job at the medical examiner’s office, where she can eat the brains of crime victims. A side effect is that she gets all the memories and characteristics of the person who’s brain she consumed. So she uses that to help solve their murders. Yep, it’s a zombie crime drama/comedy and it’s way more amazing than what I just described. It’s made by the same team that made Veronica Mars, and you can tell. The look and feel are quite similar. I know this is a hard sell, but trust me, give it a chance. Bonus: Season 1 just came out on Netflix, yay!

4. Making a Murderer (Netflix) – It’s hard to avoid all the online buzz about this documentary series that follows the case of Stephen Avery, a man who served 18 years in prison for a crime he didn’t commit, only to be released and charged with murder two years later. I am only on episode three, but from what I can tell…this is going to be a wild ride. Bonus: Critics are calling this show a television version of the podcast “Serial”…

What are you binge watching lately? Anything I should add to my list?

Blogging for Creatives Workshop : This Week!