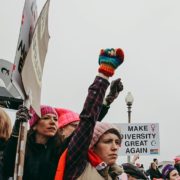 “This is the upside of the downside. This is an outpouring of energy and true democracy that I have never seen in my very long life. It is wide in age, it is deep in diversity and remember the constitution does not begin with ‘I the president’ it begins with ‘we the people’.” – Gloria Steinem, the Women’s March on Washington, January 21, 2017

Last week I packed up a backpack and a bag of snacks, and I got on a charter bus with 55 strangers. I am not an extroverted person. I’m outgoing, sure, but I like my space. I like the quiet. I like being alone with my thoughts. My life and career are all based upon being out in the world, so when I have my own time, I choose to spend it with myself. So the idea of getting on this bus and driving for over 24 hours with a bunch of strangers wasn’t something I would normally be excited about. But these are interesting times, and before I knew it, I was on a bus bound for Washington D.C.

People have asked me why I marched on Washington last weekend. I have seen social media posts where people have criticized the marchers and said we just need to move on. I have heard from those who are very excited about our new president and the promises he’s made. I have read op-ed’s where privileged white women claim the march wasn’t for them. I have seen a lot of opinions about why we marched…but here is why I marched. 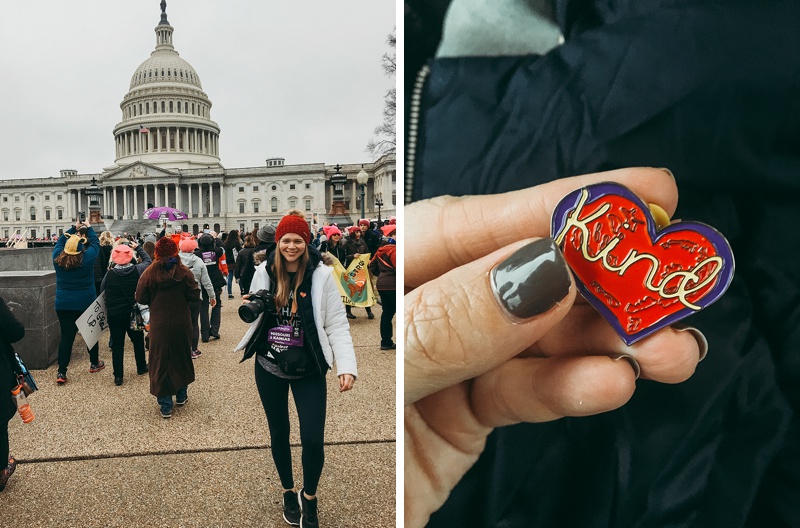 When I look back at my life when I’m 80, I want to know I did everything I could to stand up for what I believe in. Because I’ve always said if I’d been alive in the era of civil rights marches, I would’ve participated. Because my daughter is as valuable as my son. Because as a survivor of sexual assault, having the leader of my country openly talk about how he assaults women makes me want to throw up. Because my prenatal care was provided by Planned Parenthood. Because my daughter is a gift that organization gave me, and when you protest them, you protest her existence. Because I believe in healthcare for all. Because I was denied insurance due to pregnancy being a “pre-existing condition.” Because I support marginalized communities in their fight for equality. Because my Muslim friends are as much a part of our country as I am. Because I want my great grandchildren to have a beautiful, functioning planet that hasn’t been destroyed by climate change. Because facts and science matter. Because I can never understand the plight of an African American mother worried her children will be targeted by police because of how they look. Because my LGBTQ friends deserve the same rights as I do.

I want you to know the feeling of driving across the country with a bus full of women (and a few men), who want to change the world. I wish you could feel the happiness as we got closer and closer to D.C., and every rest stop was full of more and more buses. Buses from Indiana, Ohio, Illinois…the lines to the women’s bathrooms growing longer and longer! The kind truck stop attendants who opened the shower rooms for free and told us to remember them while we marched. Our bus driver, who was an Iraq war veteran, showing us his sniper scars. 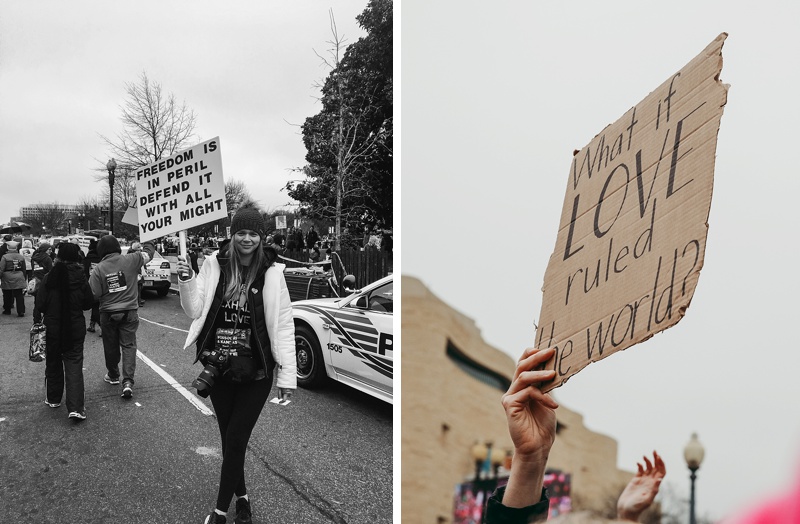 I want you to feel the energy I felt in Washington. We were tired and hungry, and there definitely weren’t enough bathrooms, but everyone was smiling. We were packed in, bodies upon bodies for as far as the eye could see. Pink, pussycat hats everywhere. But no one yelled. No one pushed. When a child came through the crowd with a parent, someone would yell “kid coming through!” and we’d somehow make a path, even though we hardly had room to move an inch. The same thing happened with the elderly, those with disabilities…and even when the police came through shouting that a woman was in labor! 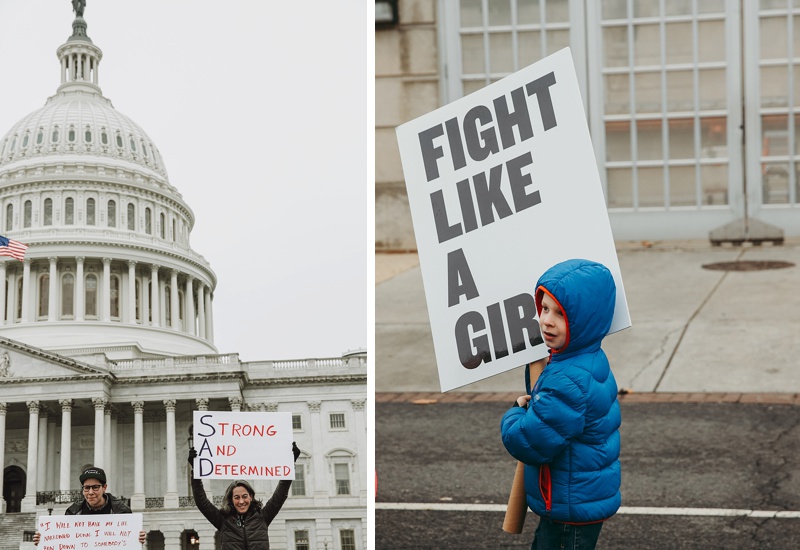 The police we chatted with at the end of the day said it was the most peaceful protest they had ever experienced in D.C. They said they were inspired by the crowd. We marched down Constitution Avenue, yelling “THIS IS WHAT DEMOCRACY LOOKS LIKE!” When we passed by the “Bikers for Trump” rally, where a man was yelling obscenities at us with his “Make America Great” hat on, everyone just held their head up higher and continued walking.

I am so grateful I was able to attend this historic event. I know a march won’t solve all of our problems, but it felt good to stand in solidarity with my sisters and brothers and say, “This is what I believe.” Now we return home, to our families and our communities, and begin the real work.

A Place to Educate, Make Art and Be Human Again
Scroll to top